Start a Wiki
Welcome to DethVerse! 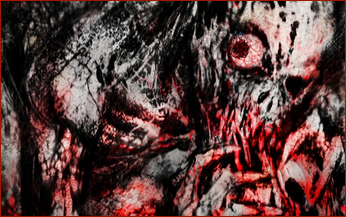 This is a wretched encyclopedia that only I, Admin Ellie, can edit.
Here I write articles about my characters and their gay-themed stories, as well as the multiverse they live in.
"Even if something is always watching us, what can we do...?"
Note: under construction, permanently.
This wiki covers violent and disturbing content and is intended for mature readers.
315 articles and 134 images since June 2011.
New pages ☠ New files ☠ Recent changes ☠ About this wiki

Many centuries ago, after an omnipotent and oppressive empire that controlled all lands in the world fell, the remaining of humanity succumbed to warfare. Racism and slavery plagued nearly all races, and the technological legacy of the fallen empire allowed the growth of strategy, tactics and mass-destruction weapons. Once beautiful landscapes were torn by war, famine and disease, littered with ruins of burned out cities, as well as corpses of defeated soldiers and murdered civilians.

As human history progressed and the political and military tension between now independent countries grew, the production of nuclear weapons was halted, being instead substituted by a self-defense philosophy, in which common civilians were actively encouraged to own weapons, fight and even kill attackers. Said countermeasure was inherited and modified by the next generations, who built a culture of heavy combat emphasized on style. In a world filled with serial killers, gangs, human trafficking, gun-running, and more, military enforcers cannot be trusted, sadists and racists join private military companies to get the chance to kill legally, and previously harmless townsfolk create their own rules of who live and die.

Flash forward to the present, people mainly rely on biological augmentations and morph weapons to enhance their abilities, while trying to survive and rebuild their society and memory. However, many believe it has become a world that no longer can be saved. To make matters worse, the recent generation is now trapped in a reality in which monsters, incomprehensible and madness-inducing entites, broke free and now roam freely in their world through inter-dimensional rifts...

All characters Characters by series

Retrieved from "https://elliesocs.fandom.com/wiki/Ellie%27s_OCs_Wiki?oldid=10366"
Community content is available under CC-BY-SA unless otherwise noted.